Tier 4 areas and the latest information on COVID-19 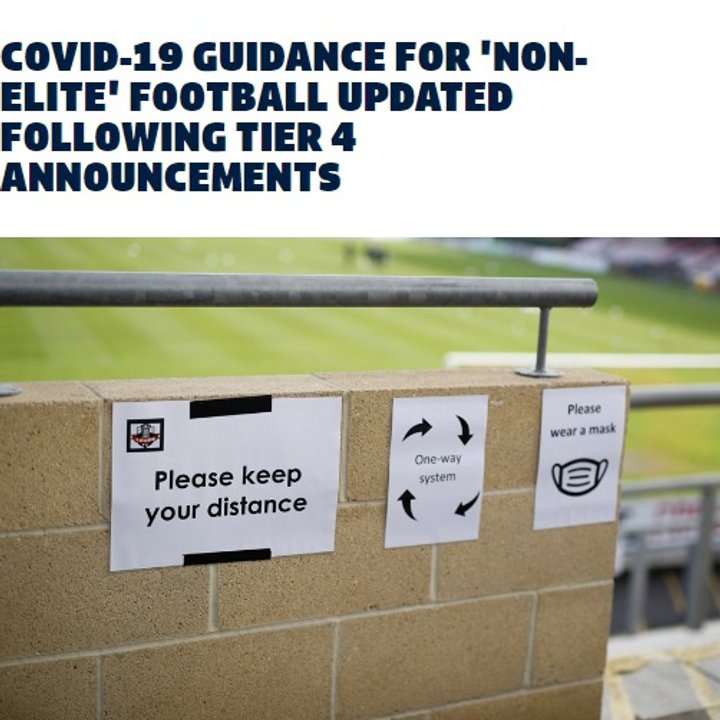 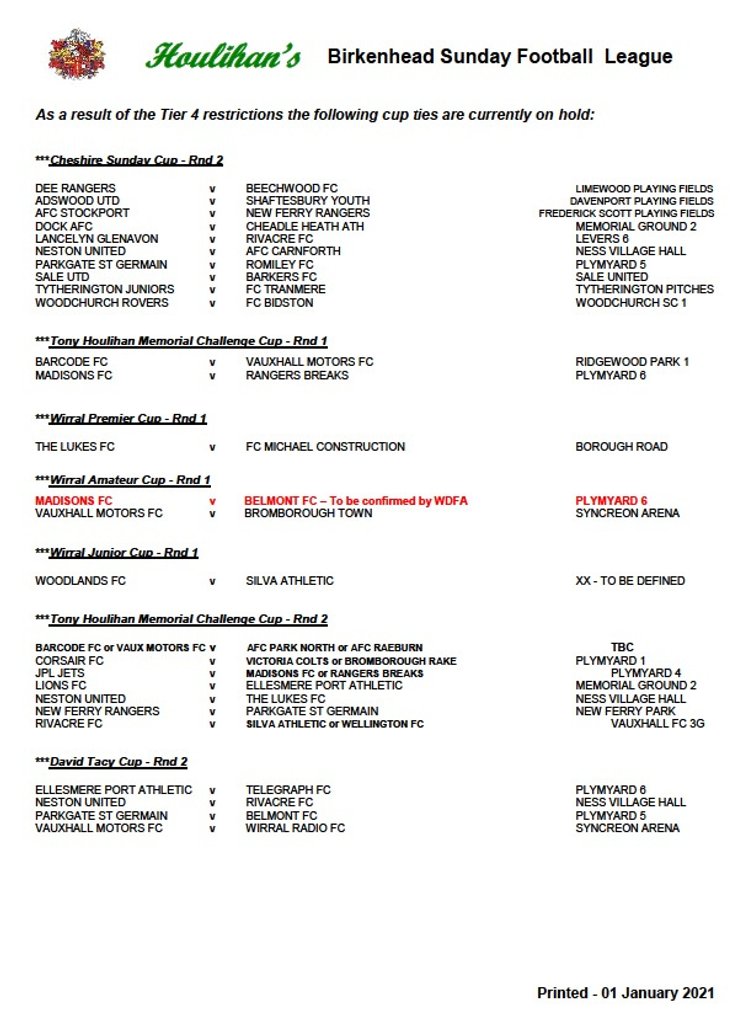 The attached fixtures shows those County, District and BSL cup ties that are postponed until further notice.

As a result we are currently unable to stage matches at the following grounds in the Tier 4 area of Cheshire:

In addition the composition of players at the following clubs is almost exclusively Tier 4:

Given the situation and following discussions with each of the clubs concerned we have agreed they will be temporarily taken off BSL fixtures until, hopefully, the situation changes and we are able to resume normally.

Queens Park AFC registered players are predominantly domiciled Tier 3 players and while they are unable to play or train at Vauxhall FC they will be able to continue as far as possible by playing away matches against other Tier 3 clubs.

It therefore follows that any Tier 4 domiciled players attached to any Tier 3 clubs will also be unable to play for the time being.

For info Tier 3 on the Wirral is covered by the following postcodes:

If and when the situation changes league fixtures and cup ties involving the clubs listed above will be prioritised as far as possible to allow them to catch up asap.